HyNet, a UK leading decarbonisation project, will supply low carbon hydrogen to fuel businesses and heat homes across the region – enabling a switch away from fossil fuels starting in 2025.

Andy Burnham, Mayor of Greater Manchester, said: “HyNet presents North West England and North Wales with a fantastic opportunity.  There is a high demand for low carbon hydrogen from businesses across the region. We have big ambitions to hit net zero from 2038. To do this we need the Government to support HyNet, levelling up from North to South, East to West.”

Steve Rotheram, Mayor of Liverpool City Region, said: “I’m determined to put the Liverpool City Region at the heart of the green industrial revolution. With our existing strengths in green energy, we have the opportunity to become the UK’s renewable energy coast, and HyNet, has the potential to reduce emissions across the North West by 25%, will have a big part to play in that.  And our region is central to the HyNet project.  From recent trials in St Helens to upcoming ones on the Wirral, we’re doing our bit to pioneer new, industry-altering technology that will massively green our region, and set the standard for others to follow.”

Mark Pritchard, Leader of Wrexham Borough Council and Chair of the Mersey Dee Alliance said: “Wales has ambitious targets to reach net zero.  HyNet is critical to meeting, and even surpassing, Wales’s hydrogen ambitions, whilst safeguarding, and creating the high value manufacturing jobs this region is recognised for. Early investment in HyNet is not only critical for future prosperity by maintaining production whilst achieving net zero, in the Welsh context, it is critical to strengthening the Union of the UK nations by bringing HyNet infrastructure into Wales as soon as possible.” 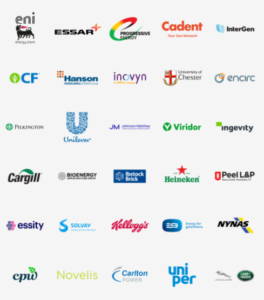